MSLF attorney Cody Wisniewski writes in The Federalist that federal courts all over the country are ignoring the Second Amendment directives handed down by the Supreme Court:

The most important Second Amendment case in a decade may soon be argued before the Supreme Court. Meanwhile, a chorus of Democratic presidential candidates has recently called for stricter gun control. With so much at stake in N.Y. Rifle & Pistol Association v. City of New York, at least one question remains to be answered: Will the Supreme Court actually decide this case?

New York City has some of the strictest gun control laws in the country. Current law, for instance, prohibits licensed handgun owners from transporting their handguns outside city limits. (Yes, New York City really does prohibit this.) Handgun owners are considered criminals if they merely bring a handgun to a shooting range in the next town for a round of target practice.

Read the full story at The Federalist. 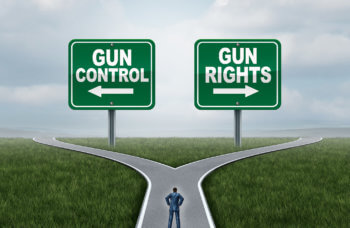 MSLF attorney Cody Wisniewski writes today for National Review: Most likely, city officials realize that they can’t win at the Supreme Court and are trying to preemptively cut their losses before they set “bad precedent” for the gun control movement across the nation. Given the Supreme Court’s nearly decade-long silence on the topic, this case…