Keeping a family farm, sheep or cattle ranch profitable is a difficult enough without special interest groups making it harder.

The grizzly bear was once an endangered species, but in 2017 the U.S. Fish and Wildlife Service found the Greater Yellowstone Ecosystem’s grizzly population exceeded scientists’ minimum goals for the powerful predator. It had fully recovered. The agency tried to remove the animal from the endangered list, but was sued in Crow Indian Tribe v. United States of America. More recently, environmental groups also got involved trying to prevent delisting of the grizzly.

“Elite and out-of-touch environmental activists are arguing, from their high-rise, downtown office buildings, that they have more of a right to litigate the status of the recovered grizzly bear population in the West than real Westerners who live and work in the area,” said Cody Wisniewski, Mountain States Legal Foundation’s lead attorney on the case.

The battle leaves countless Wyoming farmers and ranchers caught in the middle with their very livelihoods at stake.

That’s why ranchers and families from the region asked the Ninth Circuit Court of Appeals to recognize the injuries they will continue to suffer if it does not overturn a lower court’s decision to return the Yellowstone-area grizzly to the Endangered and Threatened Species List.

Charles C. Price is a fourth-generation cattle rancher in the Green River Valley of Wyoming on the very same land his family homesteaded. He was born there, and his son and grandchildren will be the fifth and sixth generations to run the ranch.

His family has suffered devastating cattle losses due to the ever-expanded grizzly population — losses that jeopardize the ranch. The grizzly’s resurgence has caused cattle losses, lower cattle fertility, and increased costs for repairs and cattle relocation.

Wyoming sheep rancher Mary A. Thoman and her daughters’ ranch is also endangered by the grizzly bears – and the legal battle to keep them listed as an endangered species.

“If the court rules against us, I am afraid that the Western way of life will be lost for future generations,” Thoman wrote in a USA Today op-ed.

Families like the Prices and Thomans want to coexist with the grizzly bears. They say the best way to do that is to give states the right to manage the bear population by removing it from the endangered species list.

“The decades of experience and losses that the Thomans and the Prices have suffered should not be cast aside in favor of special interest groups that will never have to put up with grizzly bears in their backyard,” said Wisniewski.

MSLF represents the Thoman and Price family ranches along with the Wyoming Stock Growers Association and Wyoming Farm Bureau Federation in this case.

Stay up to date on this fight to preserve the western way of life and other MSLF cases. 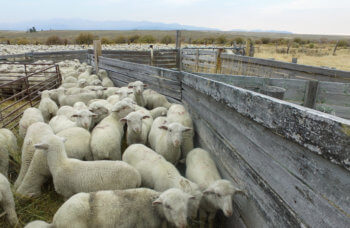 Wild and Wooly in Wyoming

Traveling nearly 100 miles off the grid to meet the First Lady of Western sheep ranching.