The "Life Sentence" He Didn't Deserve 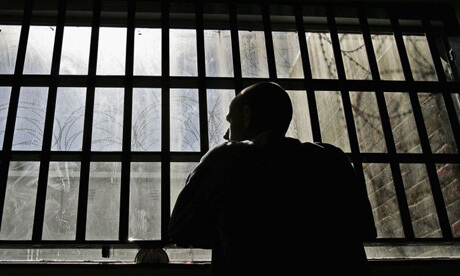 Gun rights are natural and fundamental rights, not government-granted privileges, and their exercise should only be restricted in cases of demonstrable danger. When the federal government permanently strips peaceable citizens of their right to arms, based on non-violent offenses and legal technicalities, it violates the Second Amendment.

Ken Flick’s decades-old conviction—for importing and selling counterfeit cassette tapes in 1987—should not result in a lifetime ban from gun ownership.

It was 1987 and cassette tapes were cutting-edge audio technology when Ken Flick was arrested and convicted for importing and reselling pirated music on audio cassettes. He fully cooperated with the government’s investigation, waived indictment, and pleaded guilty to the charges. Flick served a sentence of four-and-a-half months in a halfway house, followed by community service and probation He also made restitution payments to the Recording Industry Association of America.

He put the mistake in the rear-view mirror and moved forward, to a career as an innovator and inventor and life as a model citizen, who enjoys assisting in charitable, civic minded, and religious activities. Flick has no other criminal record since 1987. But despite leading an exemplary life these past thirty-plus years, federal law (18 U.S.C. § 922(g)(1)) prohibits Flick from owning or possessing a firearm for the protection of himself and his family—for life.

18 U.S.C. § 922(g)(1) prohibits any individual from possessing firearms who “has been convicted in any court of, a crime punishable by imprisonment for a term exceeding one year.” It’s a harsh, unfair, unconstitutional “life sentence” that Flick is challenging in federal court with the support of Mountain States Legal Foundation. At issue in the case is whether the Second Amendment secures Ken Flick’s right to keep and bear arms, notwithstanding his convictions for importing and selling counterfeit cassette tapes thirty-plus years ago.

Flick brought suit in the United States District Court for the District of Columbia seeking declaratory and injunctive relief from the application of 18 U.S.C. § 922(g)(1) against him. The district court granted the government’s motion to transfer the case to the United States District Court for the Northern District of Georgia. The Northern District of Georgia granted the government’s motion to dismiss the case, holding that Flick’s claim failed the Second Amendment two-step framework that court applies. The court reasoned that under the first step of that test, Mr. Flick’s 1987 felony conviction for copyright violation and smuggling disqualifies him from possessing a firearm for life.  Quoting the Eleventh Circuit’s opinion in United States v. Rozier, the district court held that all potential constitutional challenges to 18 U.S.C. § 922(g)(1) are precluded in the Eleventh Circuit.

Flick appealed to the United States Court of Appeals for the Eleventh Circuit, which, in a two page per curiam opinion, affirmed the district court’s holding, agreeing that Rozier precluded all such constitutional challenges—unless or until it is overruled by the Eleventh Circuit en banc or by this Court. The Eleventh Circuit quoted Rozier, stating: “statutes disqualifying felons from possessing a firearm under any and all circumstances do not offend the Second Amendment.”

Neither court looked to the text, history, and tradition of the Second Amendment to determine the extent to which individuals could be prohibited from exercising their constitutionally protected right to keep and bear arms.  Instead, both courts incorrectly upheld a categorical bar and avoided analysis of whether Mr. Flick’s status as a nonviolent felon constitutes grounds to prevent him from owning a firearm for life.  The courts below should have evaluated Mr. Flick’s actions to determine if he is a “dangerous person,” as is required by the original public meaning of the Second Amendment.

Flick is one of too many Americans who are being unconstitutionally prohibited from exercising their constitutionally protected rights because of 18 U.S.C. § 922(g)(1). He is asking the Supreme Court to grant certiorari in order to review his case and vindicate his natural and fundamental right to keep and bear arms. The Supreme Court has already set forth the appropriate test for analyzing Second Amendment challenges: the Court now needs to ensure that the lower courts across the nation actually apply that test.