In 1982, MSLF client Sidney Longwell purchased a federal oil and gas lease in order to drill in Montana. His company, Solenex, spent years investing, doing all the government agencies asked, to ensure it was environmentally safe and would not harm Native American cultural sites.

Thirty-seven years later, Longwell is the only lease-holder still fighting for rights to drill in that area. The rest surrendered. In January, MSLF attorney David McDonald argued before the D.C. Circuit Court of Appeals for Solenex. Federal agencies refused to accept MSLF’s 2018 District Court victory. In that ruling, Judge Richard J. Leon criticized the agencies “unreasonable” delay, calling it “Kafkaesque.”

Although Sidney could not be present due to poor health, his daughter Kelly Longwell and business partner Sonny Cranch attended.

“We have a drill site and approved permit. It’s just beyond Sidney’s and all of our understanding. Why should this be denied?” said Sonny.

Kelly and Sonny said Sidney will keep fighting for the right to use his mineral lease and petitioning the government to do the right thing.

“We are still of the opinion that we’ll be able to drill at some point,” said Kelly Longwell.

MSLF awaits the Circuit Court ruling in the case, Solenex, LLC v. Bernhardt, prepared to celebrate or continue fighting for Sidney as long as it takes. 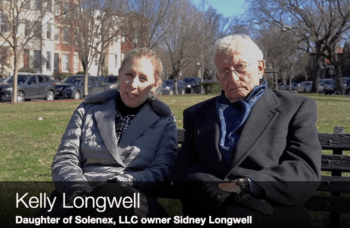