During the Democratic primary race, some saw Joe Biden as a more moderate alternative to other Democratic candidates on the ballot, such as Bernie Sanders or Elizabeth Warren. But in the weeks since the election, Joe Biden has rapidly filled his cabinet with a collection of names and faces—some new and some who are all-too-familiar—that are anything but moderate.

One of the first things Biden did after the election was to invent a cabinet-level post called the “Special Presidential Envoy for Climate” for his friend in the Senate, John Kerry. What are Kerry’s qualifications to lead environmental policy for the United States? Your guess is as good as mine.

Kerry has long cast himself as a climate champion. But his track record is abysmal. Under the Obama administration, Kerry helped write the disastrous Paris Climate Accord, which not only crippled American industry but also gave China a huge strategic advantage over our country. China emits more greenhouse gases than the U.S. and Europe combined, but wouldn’t be required to reduce its emissions until 2030, under the agreement Kerry helped forge.

President Trump wisely withdrew from the Paris Accord, but Biden rejoined it on day one of his presidency.

Kerry wants to push our country even further down this disastrous road. He recently said that the Paris Accord was “not enough,” and now Biden and Kerry are promoting a $2 trillion climate plan even while Americans are battling the ongoing pandemic.

Kerry’s $2 trillion scheme will continue to erode our property rights and increase regulation and control over small business owners—all in the name of fighting “the war on climate change.” MSLF is currently preparing for the new wave of litigation needed to respond to these costly and destructive policies, and we’ll need your help to see it through. We will continue to stand up for property rights, limited government, and economic opportunity.

From the moment Biden chose Kamala Harris as his running mate, it should have been evident to all that he had no plans to govern as a moderate. Harris had the most liberal voting record in the entire U.S. Senate. Biden’s choice for Secretary of Energy, Jennifer Granholm, made Biden’s intentions even clearer. Granholm is a career politician who made a name for herself peddling Russian conspiracies while she was governor of Michigan. She has no background in science or energy, but Granholm was praised by environmental extremist groups like Earth Justice. Biden’s choice for Secretary of the Interior, New Mexico congresswoman Deb Haaland, is another favorite of environmental extremists. Commenting on Biden’s choice of Haaland, Left-wing agitator and Green New Deal author Alexandra Ocasio-Cortez said, “I’m over the moon right now.”

In the end, there may be no more ominous a pick for Biden’s cabinet than his choice for Attorney General, Merrick Garland.

You probably remember Garland’s name. Although he was nominated by Obama, Senate Republicans famously denied Garland the chance to replace Antonin Scalia on the Supreme Court in the waning days of Obama’s presidency. While there are many reasons to be concerned about Garland, his long record of hostility to gun owners’ rights is chief among them.

Garland was portrayed by the media as a moderate in 2016. But if he’d had the chance, there is good reason to believe Garland would have voted to overturn Justice Scalia’s majority opinion in the case, D.C. v. Heller—an extremely important Supreme Court ruling that affirmed the Second Amendment’s protection of the individual’s right to keep and bear arms.

Unfortunately, Garland’s record shows he does not respect the Constitution’s guarantee of the right to keep and bear arms, and now he is the chief law enforcement officer of the United States. This fact will almost certainly have a significant impact on the recognition of gun owners’ rights in the years to come.

The judicial branch is the only real remaining check on the progressive agenda. It will require strategic work by those of us who are committed to the Constitution and the rule of law.

From Kerry and Granholm to Haaland and Garland, it’s clear that Biden has tipped his hand. With both houses of Congress and the major regulatory agencies all controlled by Democrats, those on the Left have a smooth path to implement their agenda. The GOP nominated and confirmed over 230 judges during the Trump administration. The judicial branch is the only real remaining check on the progressive agenda.

Together, we must strengthen our resolve to stop the progressive agenda in the courts. It will require strategic work by attorneys like ours at MSLF, with support from all of us who are committed to freedom, the Constitution, and the rule of law. This work has never been more vital!

We at Mountain States Legal Foundation are so energized by the opportunities before us and are deeply committed to the work of defending property rights, economic liberties, and the Second Amendment. We see clearly what is coming. But we are not dispirited! On the contrary, our resolve to defend your constitutional rights has never been stronger. 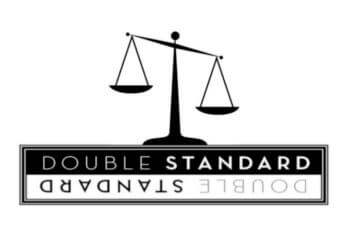 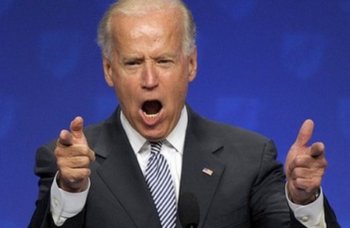 Biden isn’t bluffing about his intent to use federal power, unilaterally or in tandem with Congress, to restrict your Second Amendment-protected rights. And don’t say we didn’t warn