The Tradition of Gold Mining in the American West 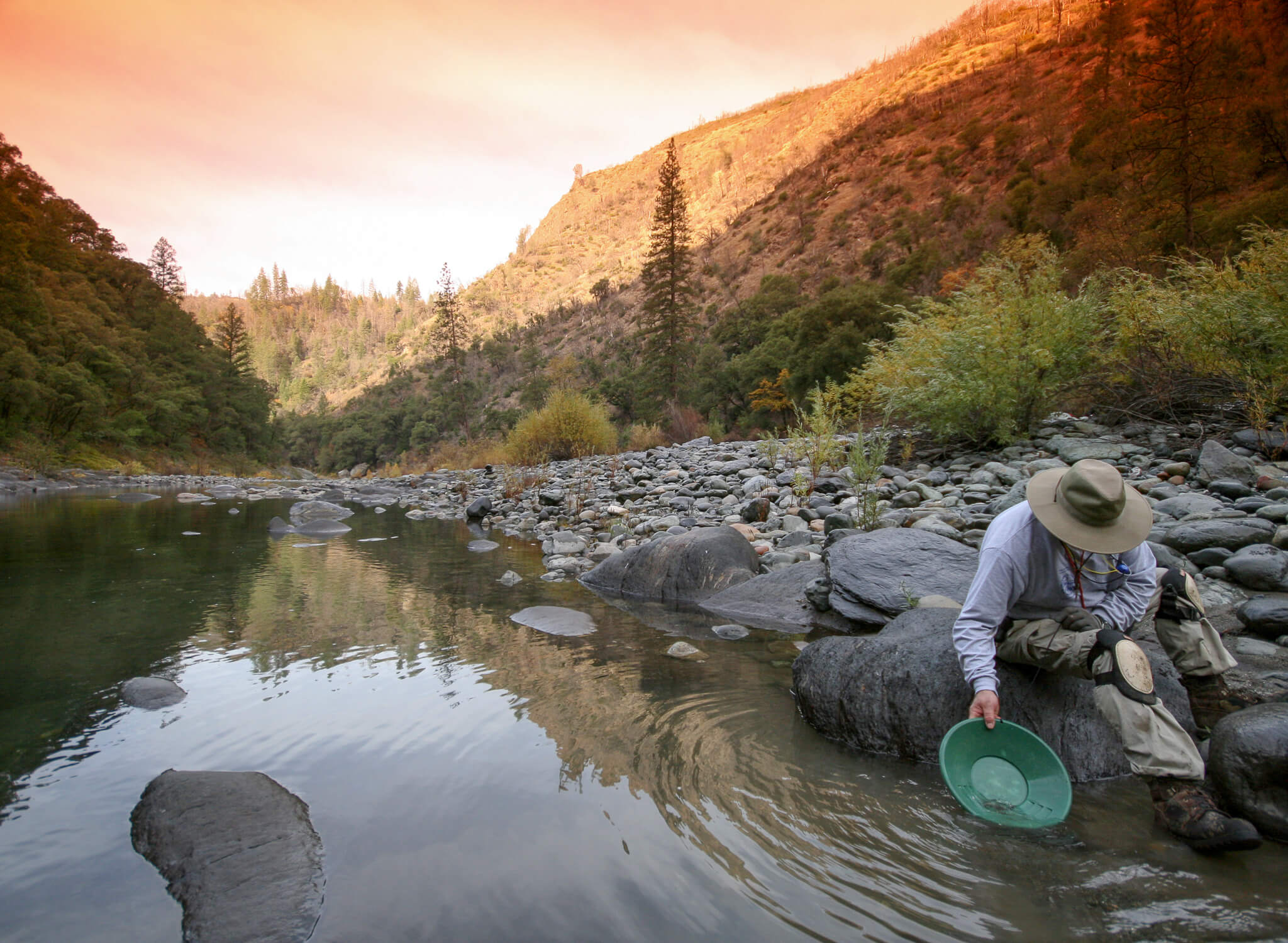 Since 1872, federal law guaranteed citizens a “right to mine” on most federal lands. In direct conflict with that law, Oregon banned suction dredge mining, which is the only economically feasible method of extracting gold from rivers in the national forests.

In August of 2013, Oregon imposed a moratorium on the use of “any form of motorized equipment for the purpose of extracting gold, silver or any precious metal from placer deposits of the beds or banks of waters of this state…or from other placer deposits, that results in the removal or disturb-ance of streamside vegetation that may impact water quality.”

Additionally, “[t]he moratorium applies up to the line of ordinary high water…and 100 yards upland perpendicular to the line of ordinary high water that is located above the lowest extent of the spawning habitat in any river and tributary thereof in this state containing essential indigenous anadromous salmon habitat ….” For areas outside the restricted areas, the moratorium provides “the Department of State Lands shall limit the individual permits issued…to not more than 850 permits and authorizations for mining” during the ban.

In 2015, Oregon miners and mining groups with claims on federal land sued the State, alleging that the moratorium was preempted by federal laws, including the Mining Law of 1872.

On cross-motions for summary judgment, the district court held the ban was not preempted because it “limits only one form of mining, and only in specific areas.” The court also held that whether the ban made mining “commercially impracticable” was irrelevant; “nothing… makes the cost or practicability of mineral extraction a factor in whether or not a state environmental law is preempted.”

On July 21, 2016, the AEMA filed a friend of the court brief arguing that, in passing the 1872 Mining Law, Congress extended a unilateral offer granting all U.S. citizens and those who declare an intention to become citizens a statutory right to enter onto federal lands to explore for and develop valuable mineral deposits.

Over time, Congress has continued its policy of encouraging development of the Nation’s mineral resources by private enterprise. By banning all mining using motorized equipment in the beds and banks of state rivers, Oregon has frustrated Congress’s purpose.

MSLF attorney Ron Osphal published an article today in the Washington Examiner about the President’s much needed environmental reforms. Radical environmental groups are apoplectic and have begun issuing doomsday predictions about the consequences of his proposal.

This MSLF symposium is open to the public!
Use this discount code for 25% off: MSLF25OFF
Get your tickets now!