Americans have always valued ingenuity and self-sufficiency over the culture of control. That is never more apparent than with our natural right to self-defense—a right we enjoy separate and apart from any government or governmental entity. Americans also have the right to self-manufacture those arms that they deem necessary to defend themselves, their loved ones, and their property. But the state of California and gun control activists from the west coast want to end that practice for the entirety of the United States.

On September 29, 2020, the state of California and Giffords Law Center (Petitioners) sued the Bureau of Alcohol, Tobacco, Firearms, and Explosives (ATF), claiming the ATF has violated the Administrative Procedure Act by employing an objective test based on the actual manufacturing process involved to determine if an item is considered a “firearm” under the Gun Control Act of 1968.

As in a very similar case, Syracuse v. ATF, Petitioners in both cases want to supersede the federal government’s definition of what constitutes a “firearm” with their own, imposing their policy preferences on the entire nation, by using inflammatory terms and demonizing the individual manufacture of personal-use firearms.

People have been crafting personal firearms since before the Revolutionary Era—long before protection of the right to keep and bear those arms was written into the U.S. Constitution under the Second Amendment. The mass production of arms that came later, like the mass production of nearly everything else, meant that fewer Americans needed to build their own arms—but technological developments don’t change the rights of all Americans.

What gun owners view as a virtue, gun-control advocates have come to see as a vice, arguing that the non-regulation of self-made and hand-crafted weapons hampers the apprehension of criminals and opens a “loophole” that gangs will exploit to flood the black market.

The objects at issue in this case are often colloquially referred to as “receiver blanks,” “frame blanks,” “partially-manufactured frames,” “partially-manufactured receivers,” “80% frames,” “80% receivers,” “unfinished frames,” or “unfinished receivers.” While these objects vary widely, what they all have in common is that they are not “firearms” as defined by the Gun Control Act, nor can they be readily converted into firearms. Instead, just like a raw block of aluminum in the hands of a machinist, individuals can fully manufacture firearms from these non-firearm objects using their own experience, know-how, and machining equipment. Because they are not firearms, the ATF and the federal government lack any authority to regulate them as such.

Petitioners  want to force the ATF to regulate raw materials of all kinds—materials that may possibly be used to manufacture a firearm in the future—simply because individuals, through their own knowledge, skill, and ingenuity, can manufacture them into firearms for personal use. This would allow the state of California to impose a national definition of what constitutes a “firearm” on every city and state in the U.S.

“Since our nation’s founding, Americans have self-manufactured their own firearms at home,” said MSLF client Zachary Fort. “The ability to exercise one’s rights privately, without government intrusion, is a cornerstone of a free society. To arbitrarily change the definition of a firearm, to include non-firearm objects, would be a gross overreach of government and could expose Americans to criminal liability.”

Mountain States Legal Foundation is intervening in the case on behalf of its clients, Zachary Fort, Frederick Barton, 80% Arms, and Firearms Policy Coalition, in an effort to preserve the natural right and traditional freedom of self-sufficient Americans to legally build firearms for personal use free from undue (and unconstitutional) government interference, surveillance, and regulatory control.

Forcing a change to ATF’s definition of what constitutes a firearm would undoubtedly chill Americans’ exercise of their natural, unalienable, fundamental right to keep and bear arms, including individual manufacture of arms for personal use. 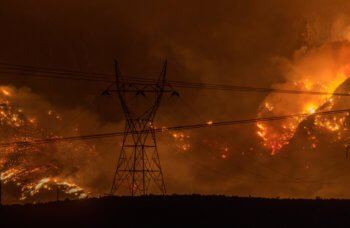 We Didn’t Start the Fire

Decades of mismanagement in California didn’t happen by accident. It happened because, for so long, California’s progressive leaders put environmentalist posturing ahead of public safety. 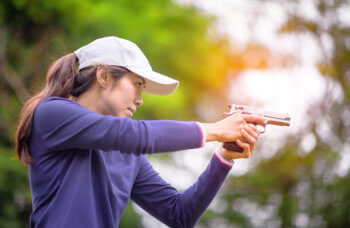 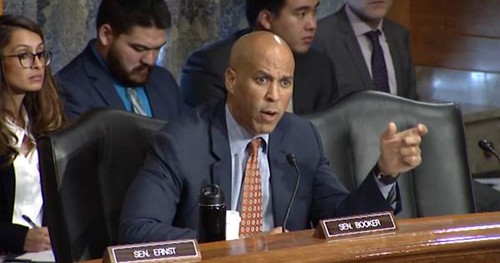