Every parent wants to leave a legacy for their children and Mike and Linda Lee Hanley are no exception. The Hanleys have been hard-working cattle ranchers in Idaho and Oregon for decades.

They passed on their ranch to their daughter and son-in-law, Martha and John Corrigan, so the couple could carry on their ranching legacy. But when the Corrigans applied for a grazing permit, they learned the government had illegally cancelled their grazing rights.

Without notice and in clear violation of the law, the Bureau of Land Management (BLM) eliminated the property’s grazing preference, destroying the ranch and devastating the family’s legacy.

The BLM denied the Corrigans’ grazing permit application. Although it admitted the Corrigans were fully qualified to receive a grazing permit, BLM created the new, illegal theory that the family’s grazing preference had automatically disappeared when the Hanleys’ permit was not renewed a few years earlier.

The bureaucrats at the BLM must be held accountable. What they did to the Hanleys and Corrigans could devastate ranching families across the American West. That’s why MSLF attorneys filed an amicus brief in John and Martha Corrigan, et al v. Bernhardt on behalf of Owyhee Cattlemen’s Association and Idaho Cattle Association. Their members are all at risk if the BLM’s new theory stands. 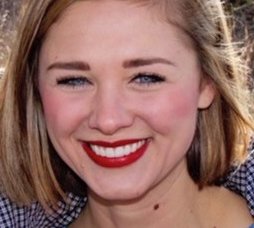 Federal wildlife conservation officials are proposing—for the first time—to amend their regulations in order to define what “habitat” means under the Endangered Species Act (“ESA”).  MSLF joins the chorus of working Americans who see this as welcome news for a number of reasons.  Despite the predictable outcry from environmental groups, the proposed habitat definition will likely help species conservation.  The…