Since 1977 MSLF has successfully litigated landmark cases before the U.S. Supreme Court and numerous other courts — defending property rights, constitutional liberties, and economic opportunity. You, as a friend and supporter of MSLF, have made it all possible.

In 2017, the Board of Directors hired Cristen Wohlgemuth as Executive Vice President, with the intent that she would one day assume leadership of the foundation.

I’m proud to announce that the Board of Directors has promoted Ms. Wohlgemuth to the position of President and CEO, effective March 1.

Ms. Wohlgemuth is a native Texan. She served as an advisor to former Gov. Rick Perry and as chief of staff to the Chairman of Appropriations in the Texas House of Representatives. A graduate of Texas A&M, she received her law degree from St. Mary’s University School of Law. She served as the Executive Director of the Claremont Institute’s Center for Constitutional Jurisprudence prior to joining MSLF.

The Board has been impressed by the leadership of Ms. Wohlgemuth since she arrived. She has developed and hired a talented legal staff and spearheaded a complete overhaul of the foundation’s communications and development departments. She has helped move MSLF into the 21st century and positioned us to make a big impact in the years to come. I have never seen more excitement among Board members about the future of MSLF than I do today. We are growing, and we are carrying with us the strength of thousands of supporters like you who love this country and are bold enough to do something about it.

MSLF is beginning its most ambitious chapter yet. We hired three new attorneys over the past 18 months. We are looking forward to launching new litigation centers in the areas of Second Amendment rights and natural resources. We have expanded our fellowship program to train up young conservative law students. Our court cases are establishing legal precedents that will last for generations. On every front, MSLF pushes back against the left-wing agenda, building on our reputation as the leading non-profit, liberty-minded legal foundation in the American West.

The only thing necessary for the triumph of evil is that good men do nothing. When faced with the eroding of our constitutional liberties and the rise of socialist ideas in America today, many are apathetic. But as a friend and supporter of Mountain States Legal Foundation, you are a rarer kind. You rise up and take action.

The radical progressives believe in what they do, and they are fighting for their vision of what our country should be. I thank God for champions of liberty like you, who are willing to fight back just as hard.

For liberty and our blessed country,

Chairman, Board of Directors 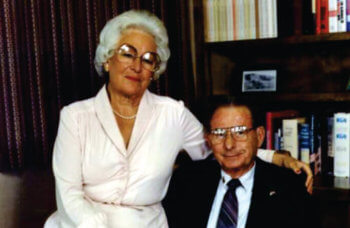