Across vast western range lands, America’s ranching families raise the livestock that feeds and clothes this country. While they work, environmentalist lawyers sit, arguing for more federal control of the western lands where cattle and sheep have freely roamed for a hundred years and more. Ignoring decades of scientific research, those lawyers have already convinced a judge to put the fully recovered Yellowstone Area Grizzly Bear back on the Endangered Species List. Now with a new lawsuit, the environmentalists are using the grizzly yet again to advance their agenda. This time, targeting recovery plans for endangered species. A victory in this case would potentially empower those groups to lock up even more recovered species in litigation for decades.

US District Court for the District of Montana

Currently there are six geographically distinct population areas for grizzly bears designated in the contiguous U.S. During the Bush, Obama, and Trump administrations, Fish and Wildlife officials determined that the Yellowstone Area population had met its population goals and was fully recovered.

In 2007, the Fish and Wildlife Service made an initial attempt to declare the Greater Yellowstone Ecosystem Area grizzly bear a recovered species. That attempt was immediately challenged in court, and was ultimately reversed, putting the Yellowstone area grizzly back on the Endangered Species List. After a decade, Fish and Wildlife officials were again prepared to take the Yellowstone area grizzly off the Endangered Species List in 2017. It should have been a time for celebration. “This achievement stands as one of American’s great conservations successes,” former Secretary of the Interior Ryan Zinke said at the time.

But environmentalist lawyers refused to accept the results of decades of scientific research. They sued the government again in the case Crow Indian Tribe v. United States of America and, again, convinced a federal judge to order the grizzly back on the Endangered Species List — contrary to the recommendations of Fish and Wildlife scientists.

But recovery plans are flexible by design. As unforeseen circumstances evolve over time, Fish and Wildlife officials are able to adjust a species recovery plan in the best interests of conservation, or even to chart a completely new course for recovery. Recovery plans are the definition of non-binding agency documents.

If the environmentalist lawyers win this case, they could sue at any point in the recovery process to force the government’s hand in following the letter of a recovery plan instead of actually doing what is best to recover a species. That power will, in all practical effect, allow them to put roadblocks in the way of Fish and Wildlife actually declaring species to be recovered, even halting the process for years on end.

Does CBD really know more about the needs of the grizzly bear—or any other species—than the people who live and work on the land or the scientists who have dedicated their lives to researching these species? Of course not. But the lawyers are, in effect, making that claim in this lawsuit.

Those activists make a big show of their concern for environmental conservation. But if conservation were their true concern, they would be celebrating the recovery of the Yellowstone Area Grizzly. Instead, they are using the grizzly’s recovery as an opportunity to cause more delay in the courtroom.

Much is at stake in this case. Mountain States Legal Foundation is representing ranchers and farmers in Wyoming and Utah, as we seek to stop these groups from gaining new, unprecedented power to control environmental policy through the courts. 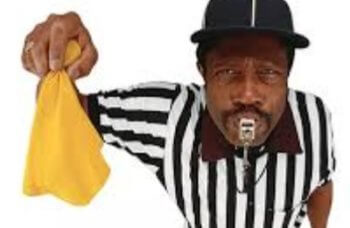 Denver, CO — September 22, 2020 — Mountain States Legal Foundation last week threw a penalty flag on environmental groups for their continued attacks on the federal government’s successful grizzly bear recovery program; in this case, they are asking the U.S. District Court for the District of Montana to give non-binding federal “guidance documents” the same force of law as official regulatory edicts.   MSLF, on behalf of its clients Wyoming Stock Growers Association,…

US District Court for the District of Montana